Managing and Segmenting Groups and Contacts

Home / Knowledge Base / Managing and Segmenting Groups and Contacts

Knowledge Base > Contacts > Managing and Segmenting Groups and Contacts

Due time, accumulate in the system many contacts which collected in different ways: online forms, manual registration, import from CRM system, and more.
In many cases, it would not be effective to send the same campaign to all of your contacts in your account‏.

A correct segmentation of contacts that lives in a particular area, ensures that the campaigns you send will be targeted and effective. For example, you can segment your contacts to women or men – who lives in a particular area. It is, therefore, important to keep contact lists organized by various features which are important to you.
In this tutorial, we will explain the principles of correct work with contact lists of “inwise” system‏.‏ 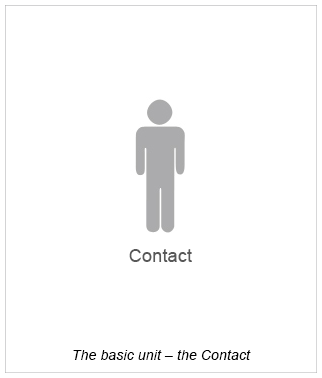 Details and information about contacts organized in “inwise”system fields. The fields contain the contact’s features such as age, gender, city of residence and so on. “inwise” system is a multi-channel system, and therefore the key fields are an email address and the contact’s mobile phone number. But of course, you can add any relevant field that is relevant to you, without any limitation. 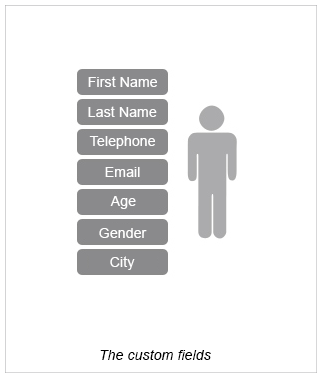 For example, you can decide to send different campaigns to different contacts from different cities.
As part of this, you can collect the data related to the living area of your contacts, and create a field called “place of residence”, and that will contain values such as “North”, “South”, “Center”,  “abortion”, etc.

As you can see below, the fields are used to create a personal reference, for example by using the first name; also to create groups with similar properties, such as grouping your contacts from the central region to one group. 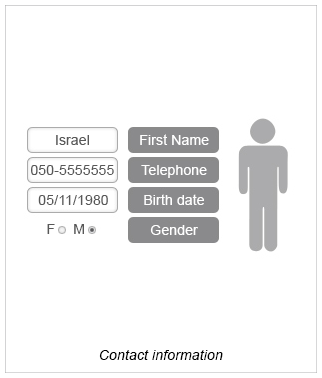 Field can be open or closed.

On one side an open field enables you or the registered contact to type values in a freeway (such as address, first name, etc.). On the other hand, the closed field contains Pre-set values. Gender, for example, is a closed field, because it contains only two values – male or female, in contrast, the “first name” field will be open field text. 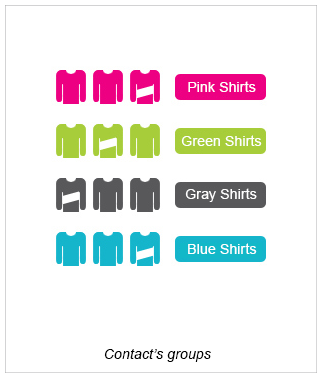 In this example, we divided the contacts by the colour of their shirt and created four groups. While sending it can be decided to send the campaign to all groups in the system or just one, two or more

Segmentation groups are another means for targeting mailers.

It can be created countless segmentation without damaging the original groups

You can learn more about segmentation in this guide.

Tags allow you to unite several groups under a single title. It’s an option of inner checking, to additional organization of the groups, and to pereform sending that targeted in similar features of groups of contacts 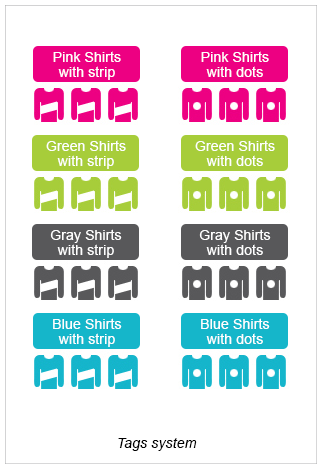 Lets’ say that in addition to the stripe on the shirt (as we could see in the segmentations), there are other possibilities of decoration on the shirts.
For example shirt with a circle. Which mean the contacts can be with the same colour of the shirt but with a different feature a stripe or circle.

Using tags enables grouping the groups under the same feature, for example by the printing on the shirt: 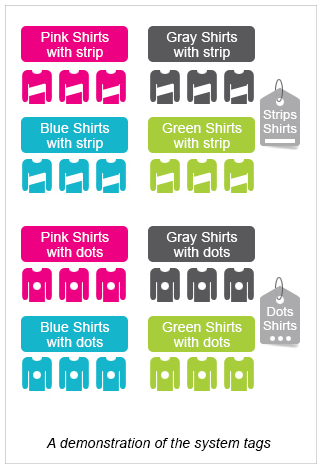 There is no limitation on the number of tags that group can get – one group can appear under several tags at the same time.

you can learn more about creating tags in this guide.